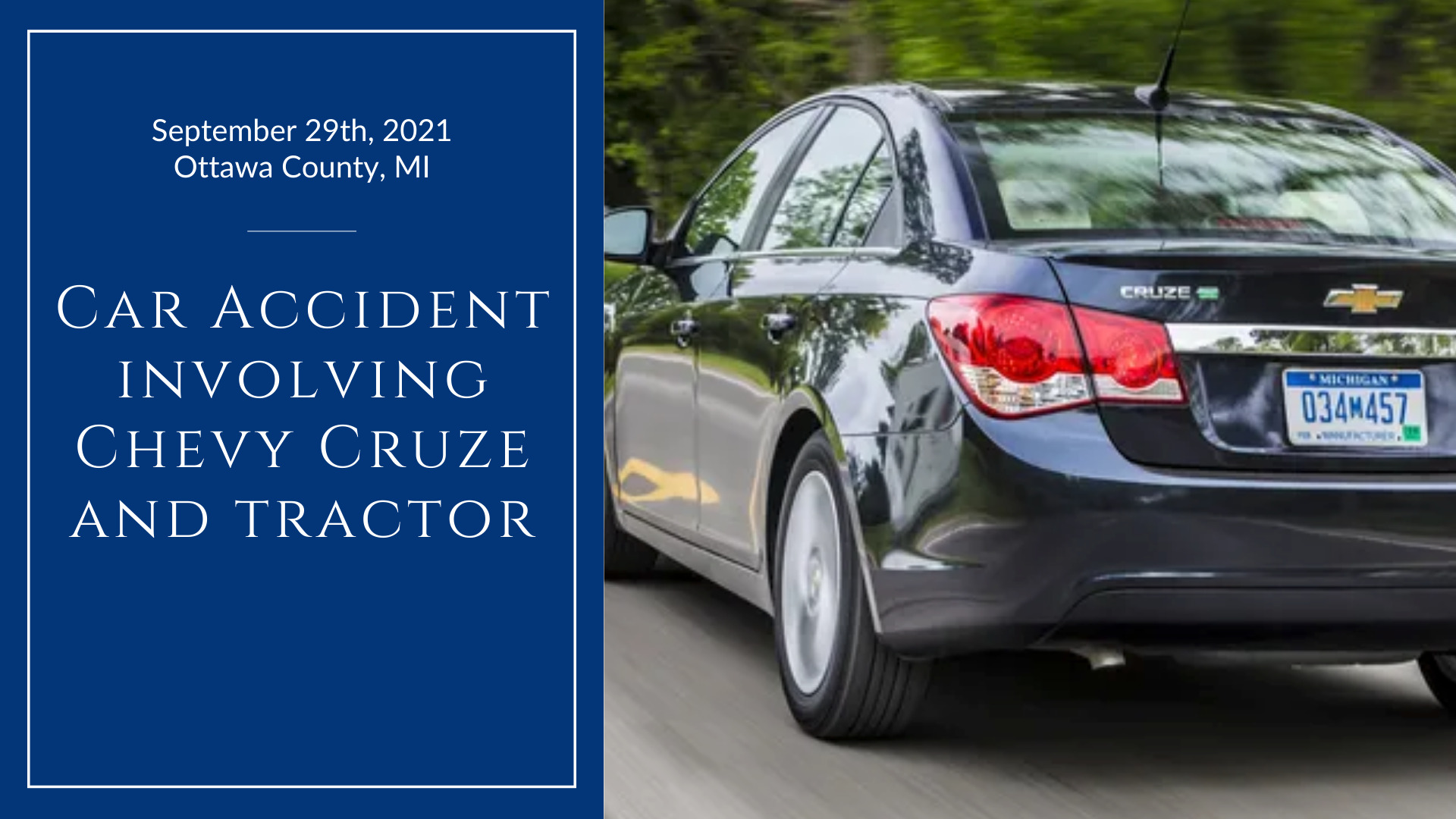 There was a severe car accident in Ottawa County, MI. on Wednesday morning, September 29th, 2021. The accident involved a tractor being rear-ended by a Chevrolet Cruze while traveling on Gooding Street. The driver of the tractor was thrown out of the vehicle and was reported to have been critically injured. The driver of the Chevrolet Cruze was pinned in her car until she was freed. According to news reports, the driver suffered serious injuries. The passenger of the Cruze was not badly injured.

Factors in the crash include the speed of the Chevy Cruz and the lack of tail lights on the tractor. The crash remains under investigation. Click here for more information.